Known as “The Dragon Lady” among members of the Nixon Administration, Anna Chennault was the secret emissary between the Vietnamese and Richard Nixon campaign. The high level diplomatic talks were not sanctioned by the Johnson Administration and some believe their purpose was to extend the war and secure Nixon the election in 1968. It became known as “The Chennault Affair” after the secret communications became public. William Safire was a Pulitzer Prize winning conservative columnist for the New York Times. He was a frequent guest on Meet The Press, describing himself as the voice of “libertarian conservatives.” Before joining the New York Times, Safire served as a presidential speechwriter for President Richard Nixon and Vice President Spiro Agnew. 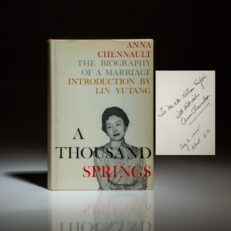