Comments: This novel was later renamed The Constant Sinner for a stage version at The Royale Theater in 1931-1932. Mae West went on to fame in Hollywood as an actress, singer and comedian. 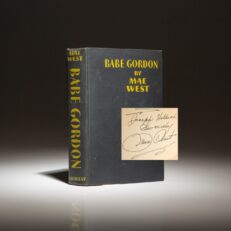