Catharine Merrill (1824-1900) was an educator who served roughly four years in the Civil War as a nurse in Indiana and Kentucky. Returning from the War, Merrill became the second female university professor in the country when she accepted a position at North Western Christian University (now Butler University). Later in her career, she wrote The Soldier of Indiana in the War for the Union at the request of Indiana Governor Oliver P. Morton. The book documented the experiences of soldiers during the war, but was published anonymously to preserve her modesty and maintain focus on the soldiers and their sacrifices. 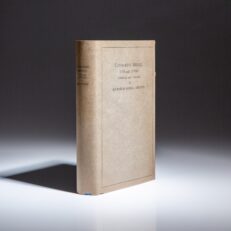 You're viewing: Catharine Merrill: Life And Letters $250.00
Add to cart