Comments: From historian Peter Cozzens: “…the best account of the Battle of Monterey I’ve ever read – and the early days of the Civil War.” This work on the life of General W.H.L. Wallace is an important source of material on slavery, abolitionist Elijah Lovejoy and the Mexican War. Ulysses S. Grant called General Wallace one of the best generals in the Union army. He was injured at the Battle of Shiloh and died three days later. 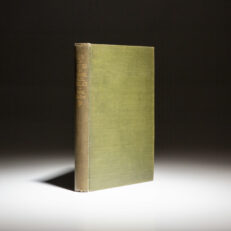