Dorothy Comingore (1913-1971) was the breakout star of Citizen Kane, the critically acclaimed film by Orson Welles. As her fame grew, so did the FBI’s attention to her suspected communist activities. In 1952 she declined to answer questions when called in front of the House Committee on Un-American Activities (HCUA), resulting in her being blacklisted from Hollywood. She never worked in Hollywood again and struggled with alcoholism in her later years. 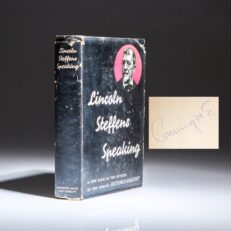