Revolution And Other Essays

First edition of Revolution and Other Essays by Jack London. 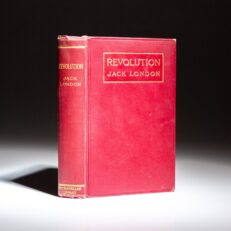 You're viewing: Revolution And Other Essays $350.00
Add to cart