First edition of Strategic Stalemate by Michael Krepon, with letter to Brent Scowcroft thanking him for writing the introduction to the book. 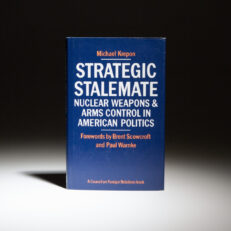