First edition of The Dead Ringer by Fredric Brown. 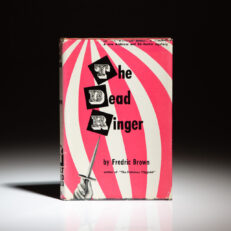