First edition of The Real War by Richard Nixon, inscribed to Court of Appeals Judge and Senator James L. Buckley. 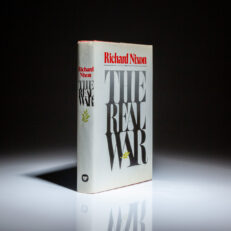