This film was adapted from the book titled PT 109: John F. Kennedy in World War II by Robert J. Donovan. The film adaptation was done by Vincent Flaherty and Howard Sheehan, with the screenplay written by Richard L. Breen. The movie starred Cliff Robertson as John F. Kennedy, along with the following Hollywood stars: Ty Hardin, James Gregory, Robert Culp, Grant Williams, and Robert ‘Bobby’ Blake. The film was released on June 19th, 1963 and was considered a commercial success. Kennedy saw the film and said it was a “good product,” but worried that it was too long. 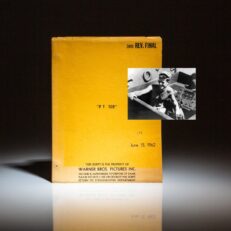