David Cornwell (1931-2020) was a British author who wrote under the pen name of John le Carre. In 1961, while working for British intelligence, le Carre published his first novel, Call for the Dead. With his third novel, The Spy Who Came in from the Cold (1963), le Carre became an international best-selling author, and he soon began writing full-time. Many of le Carre’s works are spy novels set during the Cold War. Several were made into movies. The Constant Gardener was adapted for film in 2005, starring Ralph Fiennes and Rachel Weisz. In 2008, The Times of London included John le Carre on its list of “50 greatest British writers since 1945.” 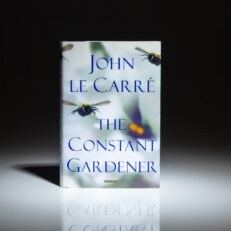 You're viewing: The Constant Gardener $65.00
Add to cart