Comments: The Fugitive Slave Act mandated that former slaves caught in the north would be extradited back to the south. It was nicknamed “The Bloodhound Law” by abolitionists. It was passed along with the Missouri Compromise and was the most controversial part of the bill. Enforcement of the law ended with the outbreak of the Civil War. 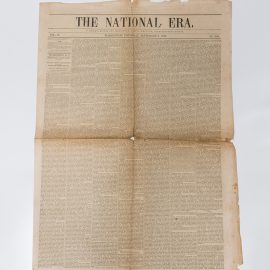