The Theatre Magazine from June 1917, featuring American actress and singer Adele Rowland on the cover.

Adele Rowland (1883-1971) had just finished her starring role in the musical comedy, “Her Soldier Boy,” which ended it’s short time on Broadway in May of 1917. Her rendition of “Pack Up Your Troubles in Your Old Kit-Bag” was featured during her run with “Her Soldier Boy” and brought her national recognition. She would go on to star in numerous films during the 1940s and 1950s. 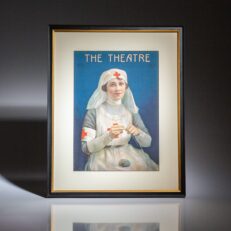