Senator Lister Hill (1894 – 1984) served in the United States Senate for 40 years, representing the state of Alabama. He was Senate Majority Whip from 1941-1947. He was an advocate for rural development and healthcare for poor Americans, but often voted against Civil Rights legislation. He was a signatory of the Southern Manifesto, condemning the Brown vs. Board of Education decision by the Supreme Court. 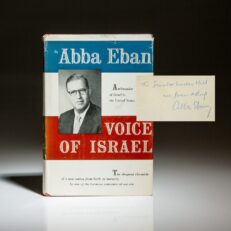