Breakfast at Tiffany’s was adapted into a critically-acclaimed film in 1961, starring Audrey Hepburn. The film was nominated for five Academy Awards, including Best Adapted Screenplay. Ultimately, it received two awards: one for Best Original Score and the other for Best Original Song, titled “Moon River.” 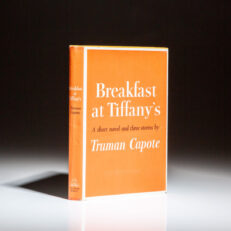