Field Marshal Frederick Sleigh Roberts, 1st Earl Roberts (1832-1914), served in the East India Company Army and later the British Army during the Indian Rebellion, the Second Anglo-Afghan War, and the Second Boer War. In 1901, he became the last Commander-in-Chief of the Forces before the position was abolished in 1904. 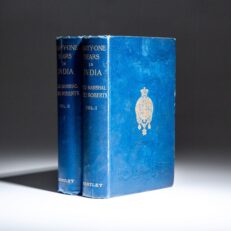