Alfred E. Kahn (1917-2020) was tapped by Carter to serve as advisor to the president on inflation and chairman of the Council on Wage and Price Stability. He soon appeared on the cover of Newsweek, being called the “Inflation Czar.” He famously alarmed the public and the administration by offering candid assessments of the risk of a depression. After push back from the administration, he took to calling a depression a “banana,” much to the delight of the news media. In 1980, Kahn returned to Cornell University, where he was a prolific author and professor. 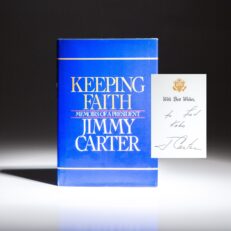