This screenplay by Tony Kushner was based on the award winning biography of Abraham Lincoln, Team of Rivals by Doris Kearns Goodwin. The film was directed by Steven Spielberg. It was nominated for seven Golden Globe Awards and twelve Academy Awards, including Best Picture and Best Director. 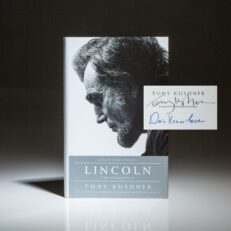