Looking Forward was written by Vice President Bush before he embarked on his successful campaign for president in 1988. Looking Forward covers his career, from a Navy pilot during WWII, through his years as ambassador to China, chairman of the Republican National Committee, director of the CIA and finally to the 1980 presidential race. 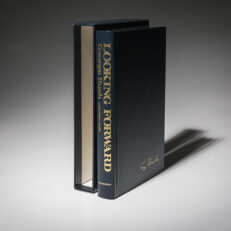 You're viewing: Looking Forward: An Autobiography $1,250.00
Add to cart