Six Crises is the first publication by former Vice President Richard Nixon. It outlines six major political issues during his career. It went a long way towards rehabilitating his image after the election defeat of 1960. 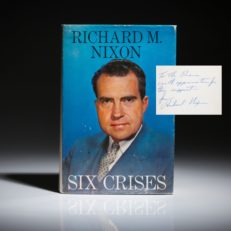