Octavo, 127pp. Illustrated pamphlet, bound at spine with staples. Curvature at the spine due to the publication process. This copy is signed by President Jimmy Carter on the cover. It includes copious notes from his Sunday School lectures, including references to his morning prayers in the Oval Office, his recent visit to Tyre, Israel, his work with Habitat for Humanity and the need to show compassion for refugees at the border. Provenance: From a member of the Maranatha Baptist Church community, with close ties to the church and the Carter Family of Plains, GA. 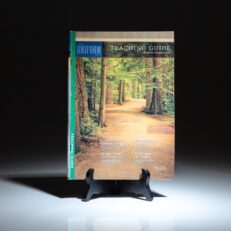