This 5-day visit to Cuba by a president of the United States was credited with allowing future President Barack Obama to visit Cuba as a sitting president, fourteen years later, in 2016. This visit by Carter, while approved but not supported by the Bush administration, was also credited with the release of some political prisoners and gestures towards improved relations with the United States. 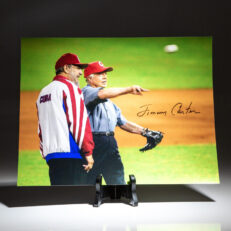