An Alphabestiar – Illustrations by Milton Hebald 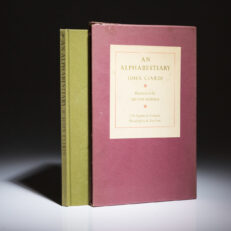 You're viewing: An Alphabestiar – Illustrations by Milton Hebald $125.00
Add to cart