Comments: William Safire was a Pulitzer Prize-winning conservative columnist for the New York Times. He was a frequent guest on Meet The Press, describing himself as the voice of “libertarian conservatives.” Before joining the New York Times, Safire served as a presidential speechwriter for President Richard Nixon and Vice President Spiro Agnew. 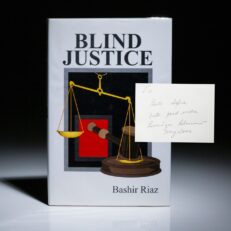