Michael Bloomberg was the 108th Mayor of New York City and founder of Bloomberg LP. In the summer of 2002, Mayor Bloomberg directed that Gracie Mansion, the historic residence of New York mayors, be updated and “transformed into the People’s Mansion.” While Bloomberg never lived in the house, he is credited with its much needed restoration. 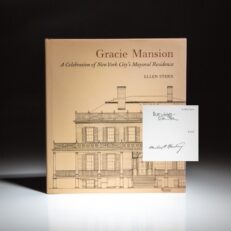