Warren Eastman Hearnes: A Memoir – from the Personal Notes and Recollections of Betty C. Hearnes 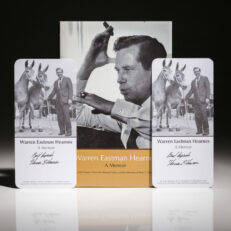 You're viewing: Warren Eastman Hearnes: A Memoir – from the Personal Notes and Recollections of Betty C. Hearnes $50.00
Add to cart