Limited edition of Old Soldiers Never Die: Address before a Joint Session of Congress on April 19, 1951 by General Douglas MacArthur.

A week after being relieved of his command in Korea by President Harry Truman, General Douglas MacArthur was invited to address a joint session of Congress on April 19th, 1951. His address to Congress, where he noted that “old soldiers never die; they just fade away,” marked the peak of his post-military career. His subsequent testimony before the Senate Foreign Relations Committee showed that his military tactics in Korea were focused solely on victory on the Korean peninsula, with little regard for the chain of command or the global implications of his actions. Dean Rusk summed it up in his memoirs: “Truman’s conflict with MacArthur was more than a clash of egos or contest of wills; Truman was concerned about the presidency…I am convinced that 95 percent of Truman’s decision to fire MacArthur hinged on the relationship of the president as the commander in chief to his general and on civilian control of the military.” 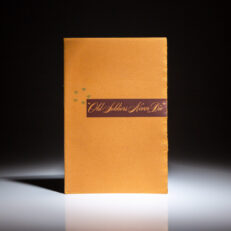