Beyond The Call Of Duty

× Ask a Question re: Beyond The Call Of Duty
SKU: 10507 Categories: Theodore Roosevelt, World War II

Limited edition of Beyond The Call Of Duty, a tribute to Brigadier General Theodore Roosevelt Jr., from the estate of General Clarence R. Huebner.

Brigadier General Theodore Roosevelt Jr., the eldest son of President Theodore Roosevelt, was a decorated military leader in World War II. He led the 4th Infantry Division during the D-Day landings on Utah Beach in Normandy. A month after the landings, Roosevelt died of a heart attack in France. He was posthumously awarded the Medal of Honor for his valor. General Huebner was a decorated military commander, serving in both World War I and World War II. In a controversial move, Omar Bradley ordered General Huebner to replace General Terry Allen as the commander of the 1st Infantry Division, aka, The Big Red One. He took command as the troops were liberating Sicily in 1943. The 1st Division would soon be reassigned to assist in the D-Day Invasions, with the 1st Division leading the assault on Omaha Beach. As his troops moved east, they were the first to encounter the Soviet Army. After the German surrender, Huebner served as the Military Governor of the American Zone in Germany, being the last Military Governor to hold that position. 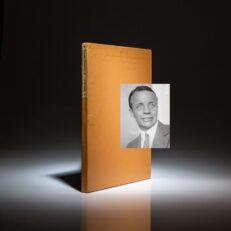