Published by the Friends of President Nixon Society of Washington DC. This book was released in September of 1972, shortly before Nixon’s re-election. 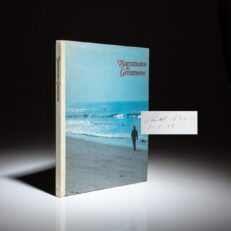