In September 1961, Manuel Prado Ugarteche, the President of Peru and First Lady, Clorinda Málaga de Prado, began their visit to the United States with a State Dinner, hosted by President and Mrs. John F. Kennedy. The strategic relationship was meant to reinforce the democratic alliances with South American countries, a counterbalance to Soviet influences in Cuba. During their visit, the couple visited Washington DC, New York, Miami, Boston, Chicago, and Williamsburg, Virginia. Within a year of the visit, President Prado was arrested and his government deposed by a military junta. He spent the rest of his life in exile in Paris. Clorinda died in 1993. 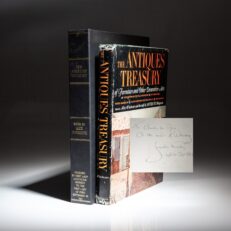