The Evidence in the Case

First edition of The Evidence in the Case by United States Solicitor General, James M. Beck.

Full title: The Evidence in the Case – A Discussion of the Moral Responsibility for the War of 1914, as Disclosed by the Diplomatic Records of England, Germany, Russia, France, Austria, Italy and Belgium. With an introduction by Hon. Joseph H. Choate, US Ambassador to Great Britain.

Comments: James M. Beck (1861-1936) was a politician from Philadelphia, member of the Republican Party and Solicitor General of the United States. He was appointed Solicitor General in 1921 by President Warren G. Harding. During World War I, he was a strong opponent of the German government, writing numerous books and speaking out against the regime. Those books included The Evidence In The Case (1914) and War and Humanity (1916). After his time as Solicitor General, he was elected to congress, representing Pennsylvania. During his time in congress, he moved to repeal the Eighteenth Amendment (Prohibition) and actively opposed Roosevelt’s New Deal legislation. 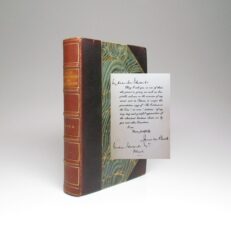