Graham Greene (1904-1991) was an English writer. He wrote serious Catholic novels and, as he called them, “entertainments” (thrillers) like Brighton Rock. Greene was nominated for the Nobel Prize in Literature twenty times between 1950 and 1966 but never received the award in his career. 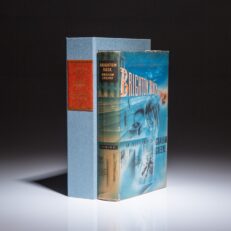