Comments: Considered to be one of the better regimental histories that appeared immediately after the war. The Eighty-Third Pennsylvania Volunteers, as members of the Army of the Potomac, participated in almost every notable battle in the eastern United States during the Civil War, including Antietam, Fredericksburg, Gettysburg and Appomattox. This regiment suffered the second most casualties of any unit in the Army of the Potomac. This work by Amos M. Judson is an insightful look at the common soldiers’ experience. 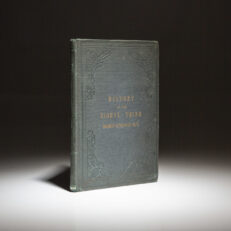 You're viewing: History of the Eighty-Third Regiment Pennsylvania Volunteers $350.00
Add to cart