Requiem for a Nun

× Ask a Question re: Requiem for a Nun
SKU: 13242 Categories: Literature, New Inventory

Signed limited edition of Requiem for a Nun by William Faulkner. 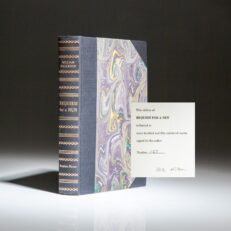