The Price of Politics

David Plouffe served as the campaign manager for Barack Obama during his successful 2008 presidential campaign. After the election, he served as a senior advisor in the Obama administration. Plouffe was interviewed for this book by Bob Woodward and is a prominent figure in the narrative. 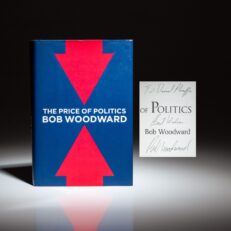