Little Breeches and Other Pieces 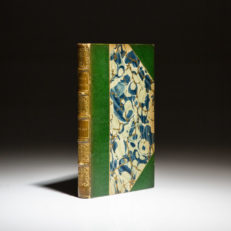 You're viewing: Little Breeches and Other Pieces $125.00
Add to cart