Photograph of President Carter meeting with the Justices of the Supreme Court and their wives, signed by President Jimmy Carter and Chief Justice Warren E. Burger. 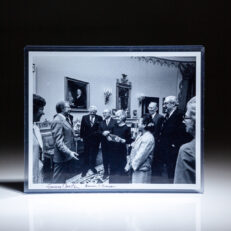