Going Against The Wind

Octavo, xiv, 254pp. Brown leather, title in gilt on spine, illustrated label on front cover. Housed in the publisher’s cloth slipcase, title on side panel. Includes hundreds of black and white photographs, depicting the history of African Americans in the greater Atlanta area. From a limited edition of 300 copies, this being number 213. Additional signatures include: Jean Young, and the editor, Herman “Skip” Mason, Jr.

John Lewis (1940-2020) served in the United States House of Representatives from 1987-2020, representing Georgia’s 5th Congressional District. He was a lifelong civil rights activist, helping to organize the March on Washington in 1963, and he led the first of three marches from Selma to Montgomery across the Edmund Pettus Bridge in 1965. He was awarded the Presidential Medal of Freedom in 2011. Andrew Young (b. 1932) represented Georgia’s 5th Congressional District in Congress from 1973-1977. He was then appointed by President Jimmy Carter to serve as the United States Ambassador to the United Nations, the first African American to serve in this post, and later served as the 55th Mayor of Atlanta. He began his career as a pastor in Alabama and eventually became associated with the Southern Christian Leadership Conference. He was a colleague and friend to Martin Luther King, Jr., helping to strategize the Civil Rights Campaigns across the South. 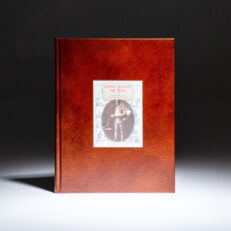